Gallantry Awards to the Gloucestershire Regiment 1914-1918

This book provides a history into the sixteen battalions raised by the Gloucestershire Regiment during the Great War, using unit war diaries to chart their moves about the war’s various theatres. It examines the gallantry awards won by the officers and men, quoting from citations which do not simply illustrate individual acts of bravery, but tell us so much about the war as a whole. We can begin to understand how the German tide was stemmed in March 1918 when we read of Captain M A James earning his Victoria Cross,we can also see why good stretcher-bearers were so greatly respected. Private F J Wilkinson, a stretcher-bearer on the Somme, won his DCM for carrying wounded ‘across the open under heavy shell fire to a dressing station, over a mile in the rear.’ He did it not once, but so often that his conduct was noted by several officers. Others are mentioned also Major W Biddle MC, DCM and bar, MM and bar, the regiment’s most decorated soldier, who won his MC during a raid for which he volunteered despite his commanding officer’s assertion that he had already done enough. The book is a fitting tribute to a regiment so often at the sharp end of war. And it illuminates that generation which ended so much, and, above all, proved the human spirit’s ability to rise triumphantly above privation and adversity.Postage & Packing £4.00. Overseas please enquire 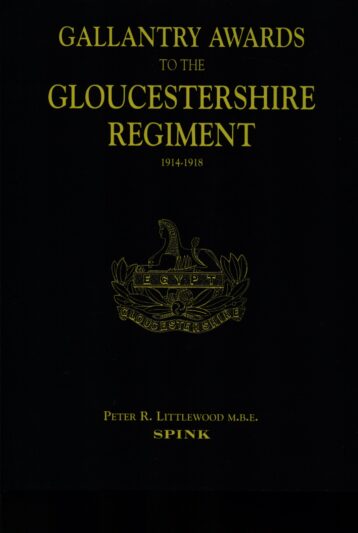