Enemy Coast Ahead-Guy GibsonThe story of the Famous “Dam Busters” raid is one of the great true stories of the war. This exciting and extremely well written account of an heroic and daring mission is told by its leader, Group Captain Gibson VC, DSO, DFC, who also records the daily life of a bomber pilot with modesty, humour and perception.The Last Enemy-Richard HillaryIn this classic RAF story, the author describes with perceptive intelligence what it was actually like as a young student suddenly to be faced with the unknown mental and physical rigours of life as a fighter pilot. With the courage of the typical “lost Generation”, Hillary returned to operational flying after being shot down in flames, and was killed in action in 1943.Reach for the sky-Paul BrickhillThe story of Douglas Bader CBE, DSO, DFCThis is the story of the hero of The battle of Britain, known to thousands through the film of the same name. Paul Brickhill evokes all the tension of squadron life-the strain of waiting for the scramble call, the deadly dog-fights in the 1940s skies, and the sudden death or glory. But perhaps Douglas Bader’s most historic hours were not spent in the air but in the hospital ward, overcoming his appalling disability-a story that is both courageous and uplifting. 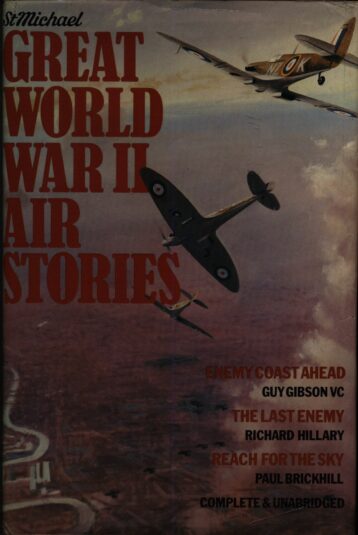