Douglas McAlpine was born at Garscadden, Glasgow in August 1890, the only son of famous industrialist Sir Robert McAlpine, Bt.

Having graduated from Glasgow University in 1913, he served initially with the Royal Army Medical Corps, attached to the King’s Own Scottish Borderers in France from 24 October 1914.

Returned to his studies, he qualified Doctor of Medicine in 1923 and was appointed neurologist to the Middlesex Hospital.

With the onset of the Second War, he rose to the rank of Brigadier with the Royal Army Medical Corps,  M.I.D. ‘ for service in the Mediterranean ‘ London Gazette 13 January 1944.

Post-war, he continued his important studies into multiple sclerosis, publishing his ground-breaking and authoritative work in 1955 and was a founding member of the Multiple Sclerosis Society. In retirement, McAlpine assisted the World Health Organisation and was a Member and Fellow of the Royal College of Physicians.

He died on 4 February 1981 – after his death his work was retitled McAlpine’s Multiple Sclerosis. 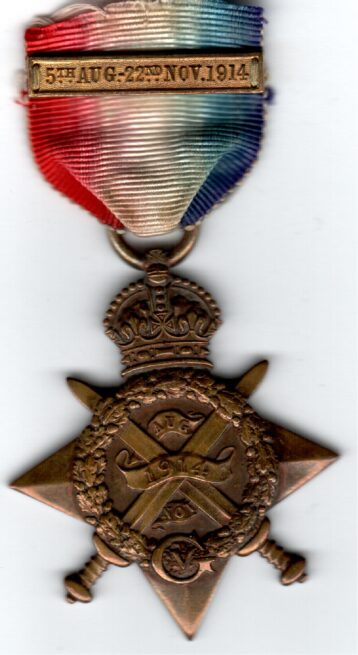