Major Adrian Henry Hope was born on 5 May 1849, 3rd son of Lieutenant-Colonel James Hope-Wallace, and grandson of the 4th Earl of Hopetown. He was commissioned as Ensign with the Kings Own Scottish Borderers on 5 October 1867, and was posted to 1st Battalion in Bengal, being promoted to Lieutenant on 21 June 1871.

Afterwards he returned to Britain and was appointed A.D.C. to Major General Hope, C.B., on the North Britain District Staff. In October 1881 he was seconded to the 18th Middlesex Rifle Volunteers in Paddington.

He was promoted to Major on 5 October 1886, and retired in 1890, retaining his military links as a volunteer until 1898, resigning as Brigade Major with the Manchester Volunteer Infantry Brigade. 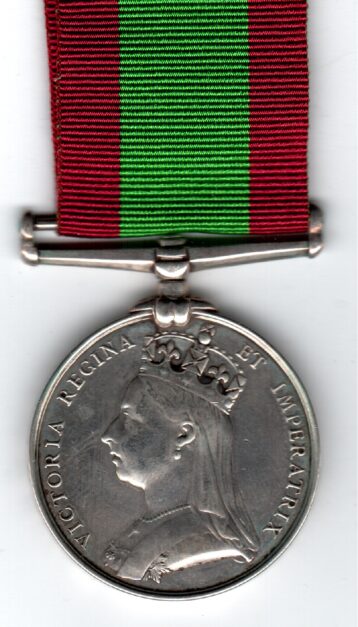