Edward Downey was born in the East Indies in February 1827 and attested for the 47th (Lancashire) Regiment of Foot on 7 July 1843. Promoted Corporal in July 1849, and Sergeant in August 1848, he was advanced Colour Sergeant on 2 January 1854 and served with the 47th Foot in the Crimea from September 1854.

Awarded the Distinguished Conduct Medal, together with an Annuity for his gallantry at the Battle, he was promoted Sergeant Major on 17 January 1855, and subsequently took part in the storming of and fall of Sebastopol.

Commissioned Quartermaster of the Regiment on 9 April 1861, he served with the Regiment in Canada, Nova Scotia, and the West Indies for the following decade, before being placed on the retired list on 31 March 1871. 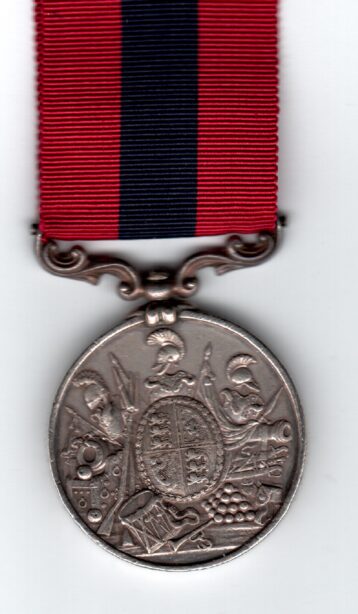