James Noding was born on 19 March 1829 and baptised on 24 April at St. Dunstans, Stepney, London. He was the son of John Henry Noding, a Merchant of the Island of Tobago. Educated at Turnham Green and Addiscombe from 4 February 1846, he was commissioned 2nd Lieutenant in the 4th Bombay Native Infantry in July 1849.

Promoted Lieutenant in June 1851, he saw service in Central India with the Satpura Field Force, including the actions at Digrus, 20 December 1857; Mandwar, 21 January 1858 – where his horse was twice wounded and Bheelwara, 19 February 1858.

Then with the Malwa Field Force in pursuit of Tantia Topi, including the action at Rajghur, 15 September 1858. In the latter battle, the heat caused a good many casualties, one officer and two Privates dying of sunstroke.

Lieutenant Noding was invalided from the same cause and, after two years sick leave, retired on 24 June 1861. 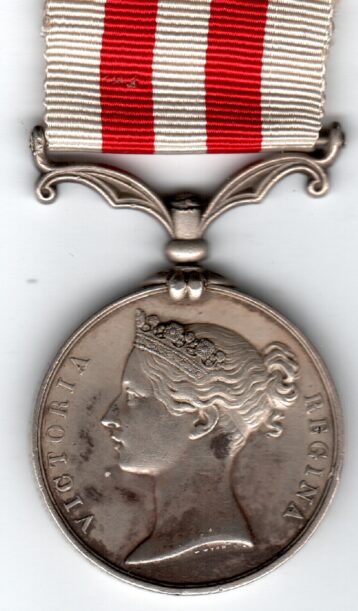