Corporal William Stephen Herbert, of 28 Hardburn Street, Chelsea, served during the Great War in 23rd (Service) Battalion of the Middlesex Regiment, also known as the ‘2nd Football Battalion’. The 17th and 23rd Battalions each included a core of professional footballers in their ranks, from clubs across the entire football league.

Corporal Herbert enlisted for service on 15 February 1915, and he was awarded the Military Medal for bravery while serving in Italy with his battalion. ‘The Award of the Military Medal for the Campaign in Italy 1917-1918’, by Williamson & Bate, states that this award was made ‘during an attempted raid across the Piave River in January 1918. The Battalion attempted to put 300 me across the river. They captured four prisoners, two of whom were drowned while being brought across the river.’ This reference also stated that a replacement M.M. was applied for in 1924.

The 23rd Battalion later left Italy to serve in France, and it was here that he was wounded in action, receiving his discharge on 11 September

1918 with entitlement to a Silver War Badge. This medal is worthy of further detailed research, concerning the recipient’s potential footballing background. While research suggests that he was not in the 1914-15 starting line-up, he could still have possible links with Chelsea Football Club. 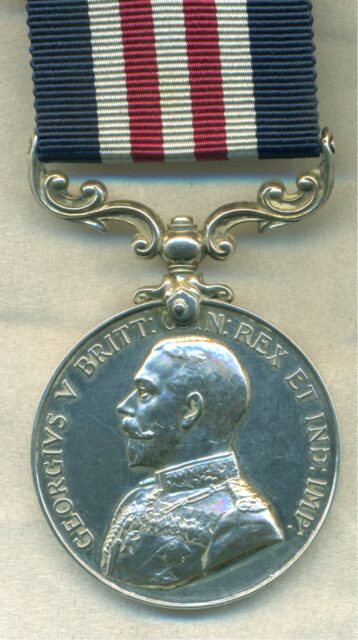