Thomas Edward Beck was born at Walthamstow on 6 May 1895, the son of a Saddler in the Life Guards and a grandson of a Light Brigade Charger. Young Beck entered the Warwickshire Yeomanry in November 1912 and was discharged on 9 July 1913, in order to join the 11th Hussars. He sailed with his unit and landed in France on 15 August 1914, the unit being at a strength of 26 Officers and 523 other ranks. Beck would have shared in the actions of Mons and Le Cateau and it appears he was wounded at Ypres, as he was returned to England on 2 December due to having been wounded in the knee. This wound halted his career, for he was posted as a Driver to the 12th Reserve Cavalry Regiment at Aldershot, before being discharged on 31 August 1917. Clearly keen to do his bit, he managed to re-enlist in the Army Service Corps on 15 October 1918 and served in London, being discharged again on 31 March 1919 and having drawn a Disability Pension from 25 November 1919, being rated in B1 condition.

His next application came in his joining the British South Africa Police, to whom he joined on 15 May 1919, passing into Rhodesia from Cape Town on 12 September, part of a batch of 20 recruits. Beck remained with the force until 1928, mainly serving with the Topographical Office in Salisbury, besides gaining Lewis Gun Training in November 1920 and being Assistant Instructor of Topography at the Depot by 1921. With the requirement of Rhodesia to train its own Territorial Army, Beck was posted to the newly-formed Staff Corps (Regimental No. 24) on 1 April 1928. He applied for his L.S. & G.C. on 4 February 1933, with his terms of service being verified between the Rhodesian authorities and those in the War Office, the Medal being made the following January (Southern Rhodesia Government Notice 31 of 1934, refers). Beck was raised Warrant Officer Class 1 in 1938 and made Lieutenant in August 1940. He was present for the Royal Visit of 1947 and retired on 11 October 1949, some 36 years of service in all. Beck died in Natal on 10 April 1978, his ashes being scattered on Durban Bay by the Point Yacht Club. 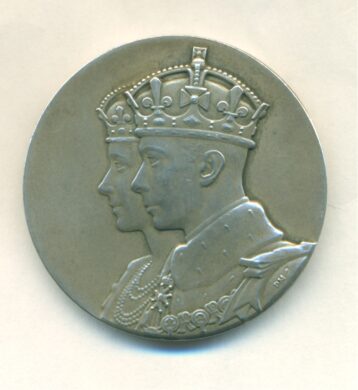