William Bensted Smith was born at Grahams town, Eastern Cape, in 1821, son of William Smith and Maria, of Bedford. He was appointed Writer, Cape of Good Hope, 21 August 1837, and resigned on 31 July 1841.

He was reappointed as temporary Clerk on 1 August 1846, and served in the Imperial Commissariat Department during the Kaffir Wars of 1846-47 and 1850-43, and was in charge of the transport service during the latter war. From 1860 to 1870 he was secretary to the Kowie harbour improvement board.

In November 1871 he was appointed sub-inspector of claims at the diamond fields, and became registrar of mines for Kimberley and De Beers mines on 1 June 1874, and of Du Toits Pan and Bultfontein mines of 15 December 1884. He was appointed government nominee member of Kimberley mining board, and was chairman of the board from January 1877 to December 1880, and was also a Justice of the Peace.

He died at his residence on 2 August 1889, an obituary notice appearing in the Diamond Fields Advertiser on 5th August. 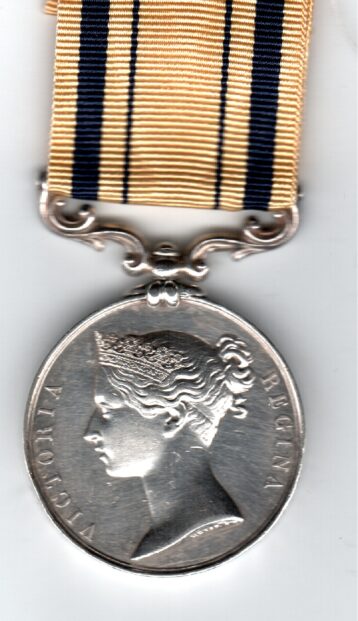