Daniel Harold Greengrass was born in Chislehurst, Kent. A Carpenter by occupation, he enlisted into the 7th (Service) Battalion Royal West Kent Regiment on 4 September 1914, aged 20 years, and was appointed an unpaid Lance-Corporal on 21 July 1915. A few days later, on 27 July, he landed at Le Havre with his battalion. He attained the rank of paid Lance-Corporal in November 1916. Taken Prisoner of War at St. Quentin in the March offensive of 1918, Greengrass was led off to a factory in Westfalia, Germany, where he was forcibly made to work on munitions. Together with a Frenchman and a Russian, he managed to escape whilst on night shift. Their liberty, however, was short lived, and after many adventures they were recaptured, punished, and forced to continue their unwilling munition work, closely guarded, until the armistice. For his wartime services he was awarded the Military Medal (London Gazette 19 November 1917). Transferred to Class  Reserve in March 1919, he was demobilized on 31 March 1920. After the war Greengrass joined the British South African Police in Southern Rhodesia. As an Inspector in the B.S.A.P. he was awarded the Colonial Police Medal for Meritorious Service (London Gazette 14 June 1945). Promoted to Detective Chief Inspector, one of his last official duties prior to returning to the U.K. for retirement was the organisation of the Royal Train during the visit of King George VI, Queen Elizabeth, and the Princesses Elizabeth and Margaret, to Southern Rhodesia in 1947. Retiring to England, he lived at The Chimes 116 Arundel Road, Littlehampton, Sussex, and died on 25 April 1964. 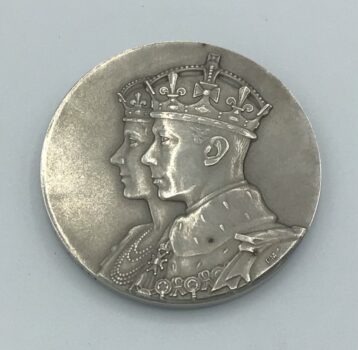